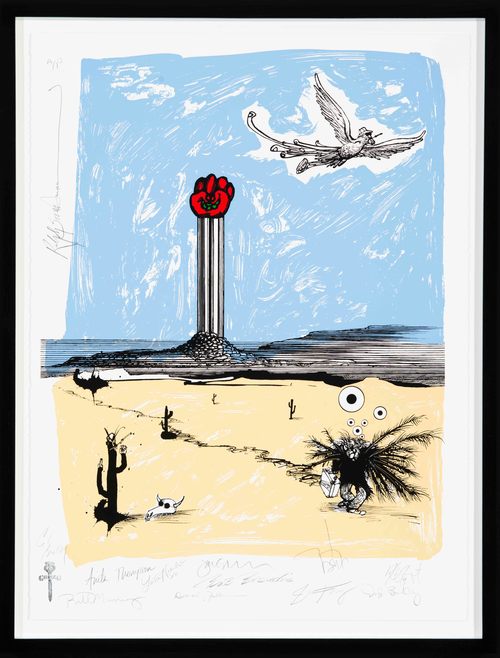 “Gonzo is born, and I ain’t talking Muppets!”

Often considered his “big break” in 1969, Steadman was asked to cover the Kentucky Derby. It would put his drawings with maverick journalist, Hunter S Thompson’s writing in Scanlan’s Weekly for the first time. As Steadman and Thompson could not even see the race from their vantage point, the article became more about the decadence and depravity of the event and those who attended it.

From this first encounter between the two men, Gonzo journalism was born. Their 40 year friendship included collaborations on Fear and Loathing in Las Vegas, The Curse of Lono, coverage of the Watergate Scandals and numerous articles in Rolling Stone magazine for which Steadman still holds the position of Gardening Correspondent.

Ralph Steadman is the last of the original Gonzo visionaries.

“For No Good Reason”

Ralph Steadman is the last of the original Gonzo visionaries.

Made over the course of fifteen years, the documentary For No Good Reason explores the connection between life and art through the eyes of seminal British artist, Ralph Steadman. Insightful, humorous, and visually stunning, this is a study in honesty, friendship and the ambition that drives an artist.